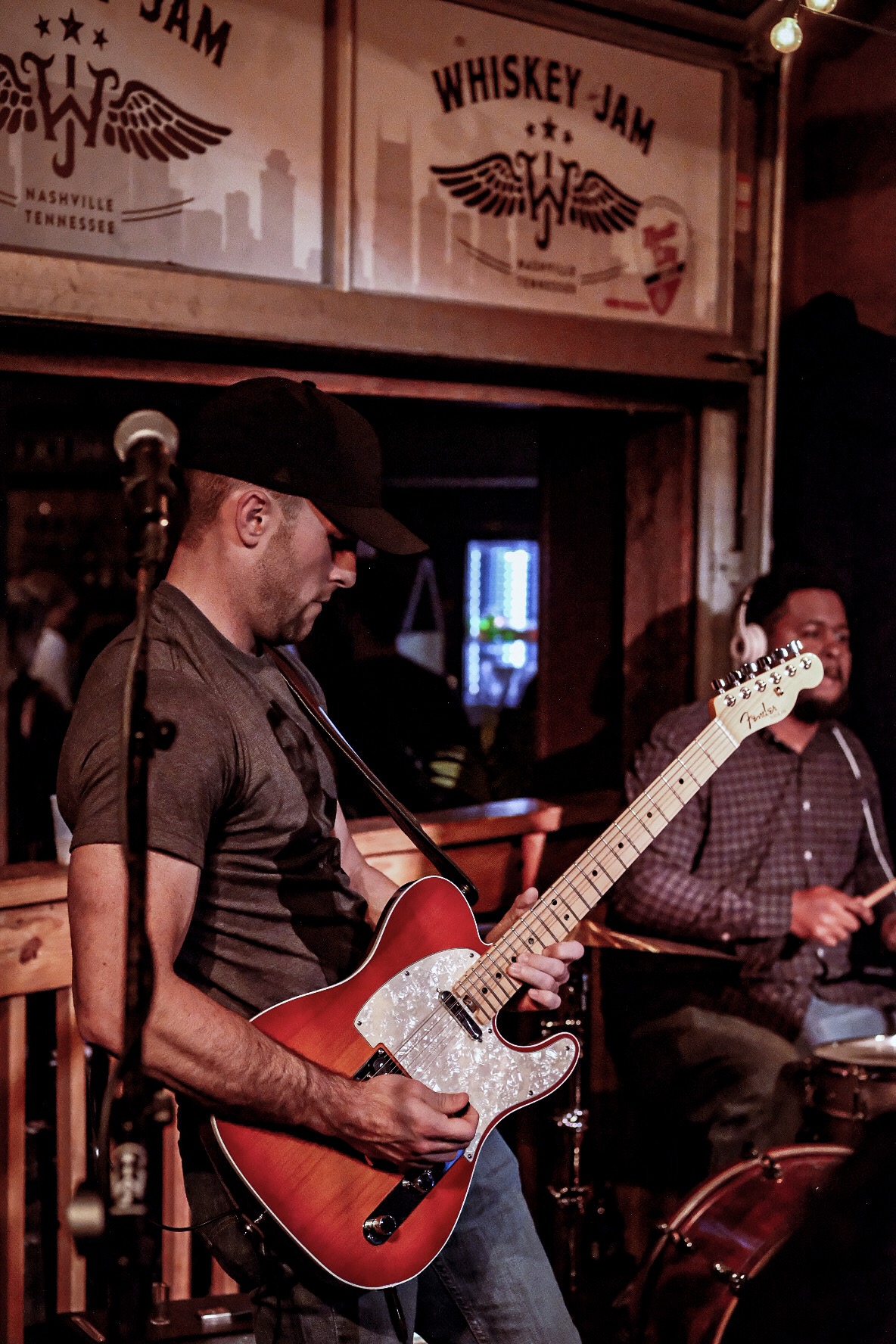 After graduating in the top of my class from Yuma High School in 2011, I attended Northeastern Junior College (NJC) in Sterling, CO. In my time at NJC, I served as a student government Senator for the Science Department my Freshman year, and a Resident Advisor my Sophomore year while earning my Associate of Science in Pre-Medicine.

Upon graduation from NJC, I attended Colorado State University (CSU) in Fort Collins, CO, enrolled in the very prestigious and challenging Biomedical Science program. While at CSU, I was a member of FarmHouse Fraternity, CRU, PreMedica Club, and Biomedical Student Association. I graduated from CSU in 2015 with a degree in Biomedical Sciences with my capstone in Pathophysiology.

My original plan after completing undergrad was to go directly on to medical school, but after applying, I decided to take a little time off and work utilizing my degree. Since graduation, I've worked in the biopharmaceutical/clinical research industries for five years in various capacities. I've been involved in the production of vaccines for the Department of Defense for deadly viruses such as Ebola and various strains of Equine Encephalitis, assisting in the development and manufacturing of opioid addiction treatment medications, and now I'm currently working in clinical trials research for oncology pharmaceuticals.

Originally, I had planned on only taking one to two years off maximum after completing undergrad, then returning to finish pursing my passion of medicine and become a physician. But during this time, another passion and hobby of playing guitar took off and has lead me to Nashville as a professional musician and artist manager while continuing to work in the clinical research industry.

Without the incredible blessing of the Lillis Foundation, I would still be paying off student loans to this day. The freedom from the extra debt that I didn't have to take on in my academic career allowed me to ultimately pursue my passion of music without being enslaved by my debt in the process. Even though what I'm doing now isn't what I had planned on when I was awarded the Lillis Foundation Scholarship, I wouldn't have ever have been able (financially) to take advantage of these opportunities in front of me.

Otherwise, in my personal life, I got engaged in June of 2018 to my fiancé who is halfway through her Doctor of Physical Therapy program at Belmont University, and we will be getting married in the fall of 2021. 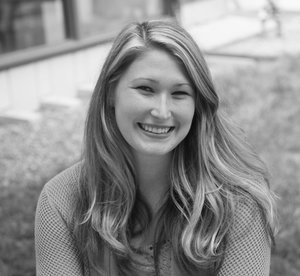 With the generosity of Gwen & Chuck Lillis, I graduated from Colorado State University, Summa Cum Laude, with a BS in Business Administration, concentrating in Marketing and with a certificate in Computer Information Systems (CIS). After graduating, I had the privilege of working for Metric Theory, a digital marketing agency in Denver. I worked there for a few years and learned from the experts about Search Engine Marketing (SEM) and most specifically, Paid Search (PPC), focusing on medium to large businesses. I then moved on to starting my own business, Penta West LLC, while concurrently working for an A-Z digital marketing agency in Fort Collins. I learned quite a lot there, including how to market a range of business sizes, including startups and local businesses. After a while, I was able to build up my own client base through Penta West and have been fortunate enough to work for myself since January of 2018. I'm now developing a passion for marketing small and local businesses, as well as teaching others all I know and have learned about digital marketing. I have founded a few Meetup groups in Denver, Boulder and Austin and am in the process of developing a 40-hour certificate in Paid Search for those who want to learn what I've mastered thus far. I love what I do and have the flexibility I've always desired to travel and work at my leisure, while being able to continue developing my passions!

I don't believe any of this would have been possible without the help of the Lillis Foundation. I can't thank Gwen, Chuck, Lori, Carrie and the rest of the Lillis Foundation family enough. They were PIVOTAL to me becoming the professional marketer that I am. You are doing the work of angels for college kids around the nation! I can't stress enough how amazing the Lillis family is in their mission to assist students in their education. Thank you, thank you!! 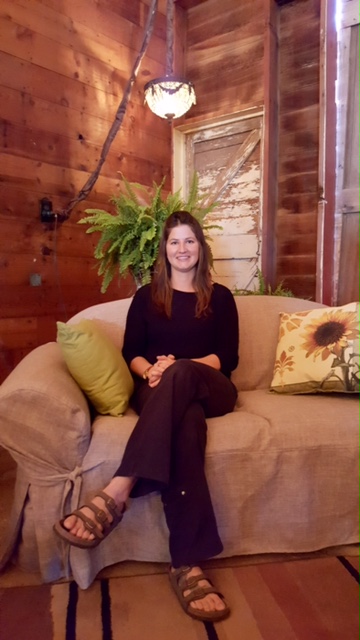 The Lillis Foundation made the quality of education I received possible. It allowed me to focus on my studies which gave me the framework I needed to be successful after school. More importantly however, it brought me a network of support that followed me throughout my college experience and later in life. Having the Lillis Foundation believe in me and support me through the many transitions I faced in college made a huge impact on my success.

When I'm not working I can be found in the mountains or on the river with my fiancee. I love traveling and we are frequently on the road for work and fun.

My goals for the future are to own my own business and be an industry leader in environmental stewardship and sustainability. 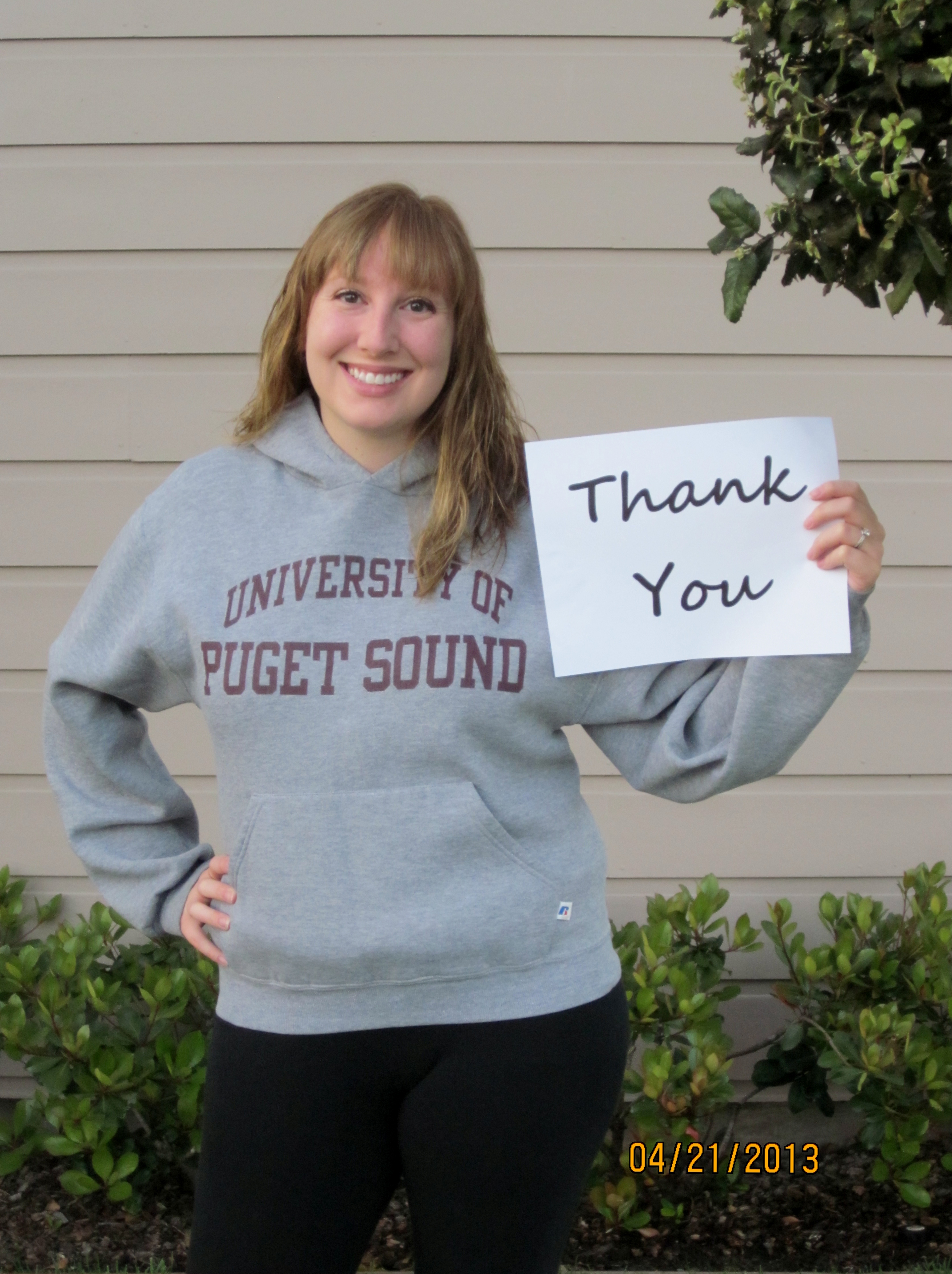 Hello, my name is Jamie White. I was granted a scholarship from the Lillis Foundation in 2005. Without the help from the Lillis family I would not have been able to obtain any further education. I began my instruction at the University of Colorado (Boulder). Coming from a small town to a large campus was challenging, and Mrs. Lillis made it a priority to offer me support and guidance throughout my first year. After a few visits, she assisted me in finding a college that was a better fit, and I transferred to University of Puget Sound. The Lillis' continued to support me as I adjusted to a more rigorous, liberal arts curriculum and found a sense of community at Puget Sound. They helped me to grow as a person, become more independent, and develop a deeper gratitude for learning. I graduated from Puget Sound in 2009 with a Bachelor's of Arts degree in psychology, along with greater self-awareness, increased grit, and a deep appreciation for the Lillis family.

I now have my California teaching credential and am a 1st/2nd grade teacher at a constructivist independent school in the Bay Area helping children to enjoy their education and recognize what a game-changer learning can be. Because of the opportunities afforded to me through my Lillis Scholarship, I have a career that I love and I am able to earn an income which allows me to live above the poverty I knew growing up. My life path has been significantly enhanced due to my outstanding educational opportunities and the support of a family who chose to be more than just a financial resource. I am now married and we have a wonderful 4-month-old son. I will forever be grateful to Mr. and Mrs. Lillis and the Lillis Foundation! 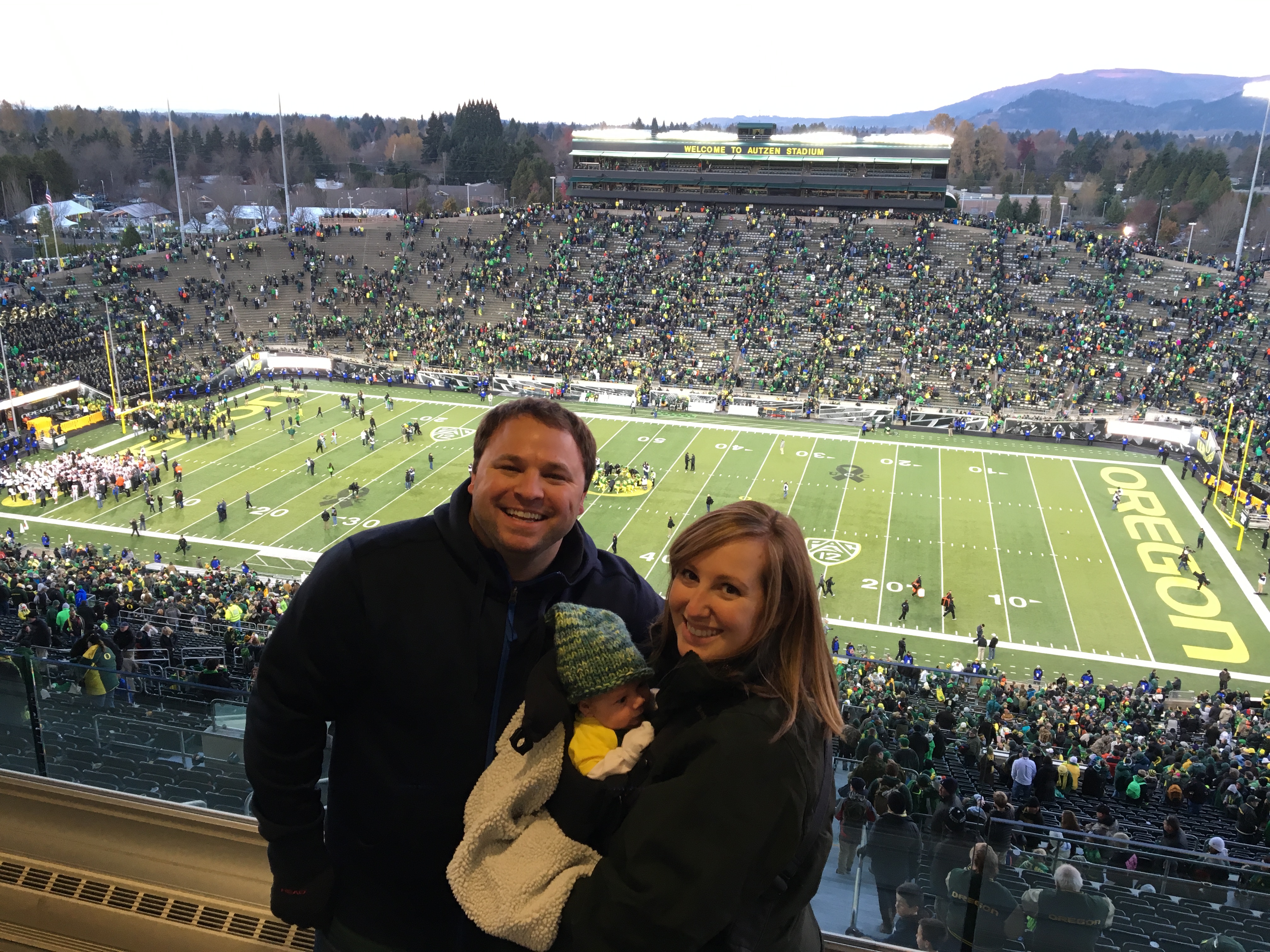 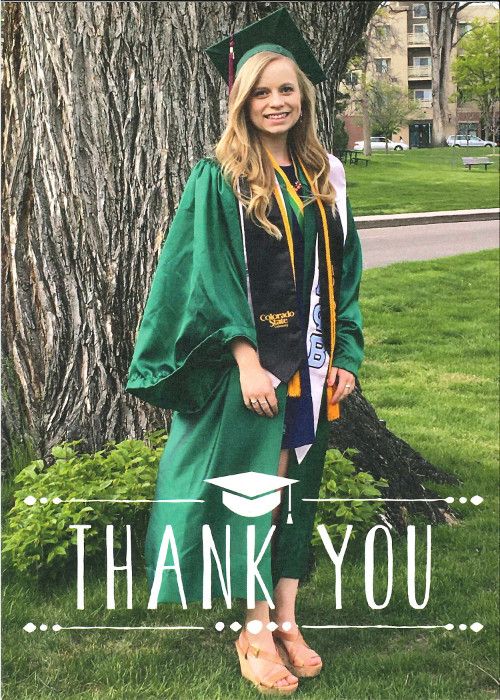 Following my graduation from Colorado State University in May of 2016, I am excited to have been accepted into the University of Colorado Physician Assistant Program at Anschutz's Medical Campus. I will begin classes for this three-year program in June 2017. The Physician Assistant Program has been my dream program and a goal I have been chasing for four years now, and I owe so much of this accomplishment to The Lillis Foundation.

I cannot thank The Lillis Foundation enough for all of their support while I worked to earn my Bachelor of Science Degree in Nutritional Science from CSU. Both financially and emotionally, the Foundation invested in me in such a genuine, unique, and generous way. The Lillis Foundation is unlike any other I have ever encountered, and I am forever grateful and so excited to begin this new journey!

Since graduation, I have been working full time at a dermatology clinic as a Medical Assistant. In this position, I practice a lot of hands-on patient care and am learning so much. I am enjoying my year off, especially the break from homework, tests, and studying! 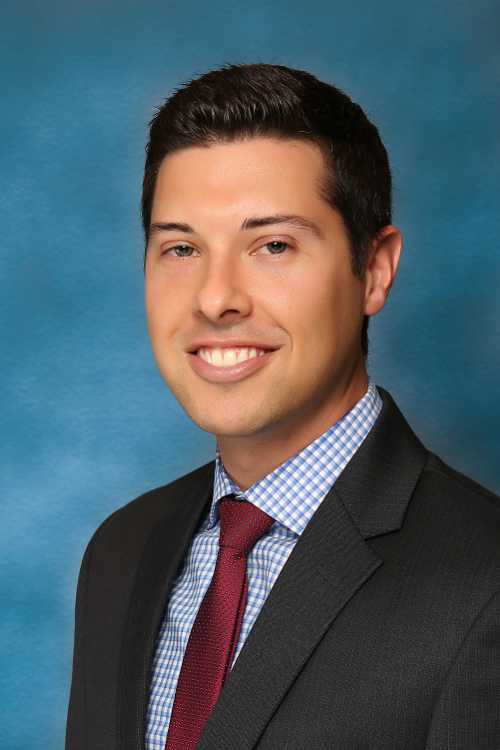 I graduated from high school in 2004 and traveled from Denver to Los Angeles to attend the University of Southern California (USC). At USC, I studied business and marketing and obtained a BS in Business Administration. As a senior, I received an award for Outstanding Undergraduate Student in Marketing. After graduating in 2008, I worked for Southern Wine and Spirits as a Chain Territory Manager in Orange County, California, where I managed and sold a large portfolio of wine and liquor to grocery and drug chains. However, after deciding that a career in sales was not a good fit, I decided to attend law school. So in 2009, I enrolled in the Chapman University Dale E. Fowler School of Law in Orange, California. I excelled in law school and finished ranked second in my graduating class. After passing the California bar exam in 2012 I was hired as an associate attorney at the law firm Koeller, Nebeker, Carlson & Haluck, LLP in Irvine, California where I’ve worked ever since. My primary responsibilities are representing and defending the County of Orange and its employees in civil litigation involving employment discrimination and civil rights lawsuits. I have even had the opportunity to argue before the United States Ninth Circuit Court of Appeals. I currently reside in Orange County, California where I love working as an attorney, am happily married and enjoy being a father.

The financial assistance I received from the Lillis Foundation eliminated any debt from attending USC and made a career change possible thereafter. Without being saddled with any undergraduate debt, I was able to pay for law school and begin a new career as an attorney. Without the Lillis Foundation, I would not have attended law school to avoid incurring additional debt and would never have realized my calling as an attorney. 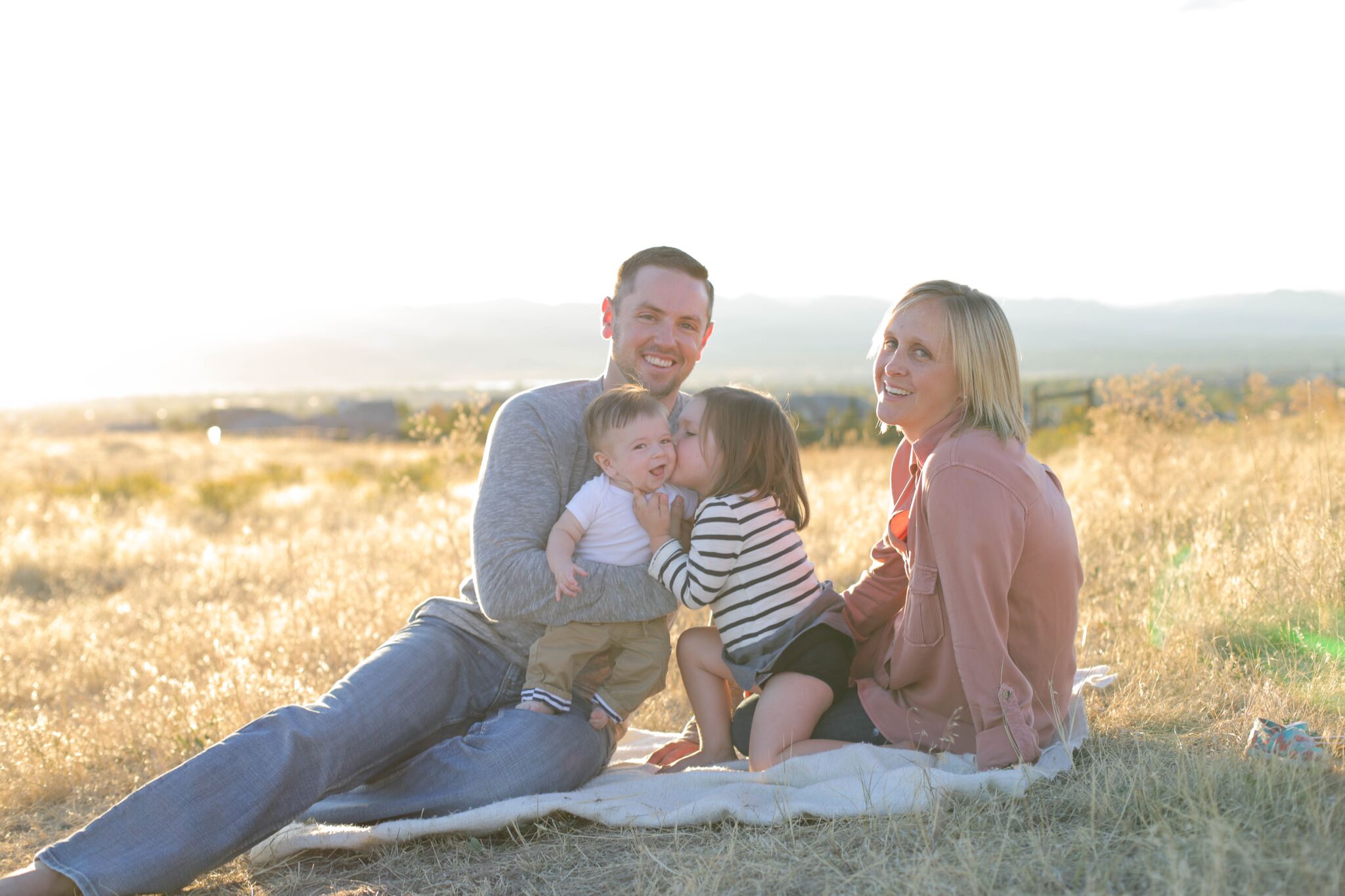 It has been almost seven years since I graduated from the University of New Mexico. As I look back and reflect on my time there, I consistently realize that I would not have been able to accomplish and do the things I did without the Lillis Foundation. While attending the University of New Mexico, I earned a Bachelor’s degree in Business-Marketing. During my time there, I also played baseball where I received all conference academic and athletic honors. Not many know, but baseball does not offer many scholarships (11.2 for a roster of approximately 35). This made the Lillis Foundation even more impactful in my life, specifically relating to the financial burdens of college without the ability to work. It allowed me to play a game I have loved since being a child while achieving my degree, which was the stepping stone to where I am today. Today I live in Highlands Ranch, Colorado, with my wife and two children, ages three and one. I work in Denver as a credit analyst for a community bank, specializing in commercial loans.